My ten year old son recently began limping and telling me he had a sore foot. He is extremely active so I put it down to a stone bruise or something innocuous. I finally decided to take it seriously when he was hobbling around like an old man when he first got up in the mornings. It was the end of the summer sports season and he was nearing the finals for all his sports. It also coincided with the start of training for his winter sports. Every day of the week he was exercising and it was at that point that he was diagnosed with ‘Severs Disease’.

The name conjures images of a contagious infection where the foot is severed from the body, but thankfully it’s not as disturbing as that! Put simply, it is when the growth plate in the heel grows faster than the achilles tendon can stretch and is very common in active kids after they have had a growth spurt. The only course of action was to rest and to do stretches to help the achilles lengthen. As he already wears orthotics in his shoes, these were raised slightly in the heel to relieve the tension in his tendon.

To my son’s horror, the diagnosis of severs required him to limit his activities. He had to give up rugby training, competing in his school cross country and sat out a game or two of basketball. After reducing his sport, which let’s be honest is like a cruel form of torture for an active ten year old, the pain subsided.

Severs is a condition that will flare up off and on as he grows and he just has to manage it with ice packs to reduce swelling and stretching exercises.

As a side note, the podiatrist mentioned to me that kids that get ‘Severs’ often then get another growth related disease called ‘Osgood-Schlatter Disease’ a few years later in life when the growth plates in their knees start to give them pain. He advised that my son should try to build up his quads to help support his knees before the pain sets in.

So if you have an active kid complaining of sore heels or knees there is a good chance that they are suffering from good old growing pains! 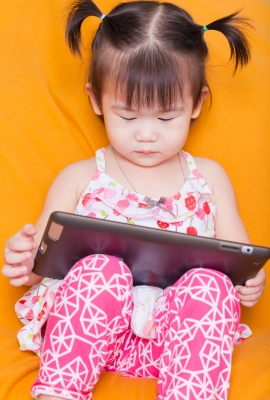 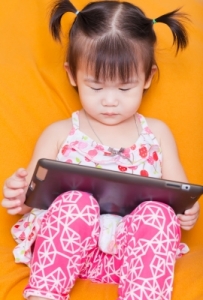 In honour of last week being the date that Marty McFly went into the future, we watched the triology of the Back to the Future movies with our kids.

The predictions made with what technology we would have embraced by now were a mixed bag. We don’t have hover boards or flying cars, we do have drone cameras but we certainly don’t have faxes in every room of our house – this technology that was deemed cutting edge in the 1980s is now redundant.

Back in the 1980s, little did they know that we would all walk around with smart phones so that all the information in the world would be available at our fingertips or that we could be in contact with all our cyber friends around the clock.

Our kids are growing up overloaded with information. They will never experience the effort required to complete an assignment by going to the library, finding an encyclopedia and researching information from a book.

I have noticed a correlation between the amount of time our kids spend on technology and a sense of lethargy as well as a decline in their behaviour. A few weeks ago my husband ‘forced’ our son to go for a bike ride with him. Our son whined about wanting to just relax and watch tv and was adamant that he didn’t want to go riding. The more he lay around doing nothing, the more his behaviour deteriorated. Eventually my husband told him that he didn’t have a choice and within a few minutes of them riding together, our son had broken free of his foul mood and was enjoying doing exercise outside in the fresh air.

As much as technology is enriching our lives, it is also trapping us by keeping us glued to screens when we could be doing things that are more productive.

I wonder what technology will be adopted in the next thirty years and whether future generations will adapt to have stooped necks and calloused fingers from continual use of their phones? 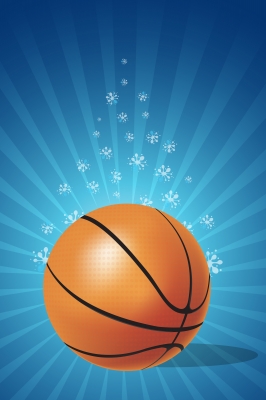 I have agreed (maybe foolishly) to play basketball with a group of mothers from my children’s school. Our team’s experience is limited to watching our kids play and an odd game of basketball or netball twenty or so years ago.

Having watched and scored my children’s basketball games for the past ten years, I thought I had a pretty good handle on the game. Turns out that it is:

After a hard played 20 minutes our team limped off court, struggling to comprehend that we had only just completed the first half of the game. Watching and playing this game were really totally different experiences.

In the second half we lost a player after she provided the soft cushioning for an opponent who fell on top of her, leaving our player badly bruised and batted!

This experience has given me a new found respect for the energy levels of our kids and a wake up call that, whilst I may be an expert on how the kids should play the game when I’m a spectator, the same can’t be said when I’m actually the one playing the game.

Our aim was for the opposition to not double our score, which we managed to achieve. At the final siren we all gathered together happy to have played our first game whilst discussing appropriate triage for the numerous muscle strains, bumps and bruises.

They say you shouldn’t judge a person until you have walked a mile in their shoes – well now that I’ve run more than a mile in basketball shoes I plan to take a back seat on giving my kids pointers on how they can play basketball! Forty minutes on the court has proved to me that the game is harder than it seems and that at the end of the day, you are just there for some exercise and fun! 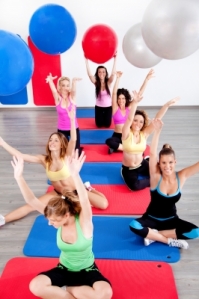 The toughest time as a Mum is when your kids are toddlers and consume all your waking (and sometimes sleeping) hours. It is hard to see a light at the end of the tunnel – a time when you can have a life that resembles something close to that prior to kids.

Considering in an average week that we are at our kids beck and call for 168 hours, is it unreasonable to take 3 hours (1.8% of available time) to dedicate one hour, three times a week to ourselves?

Exercise is the perfect way to clear your mind and lose your Mummy muffin top. Did you know that an average step class will allow you to burn over 600 calories per hour? Staying fit and healthy yourself is paramount to being able to look after your kids. Studies have shown that when you exercise it clears the mind, lifts your mood and gives you energy. So by taking out a few hours a week to spend time on yourself, you are providing a calmer, happier and healthier Mum for your kids.

Start this routine while your kids are young so they don’t know any different! I always found gym creches to be a supportive and fun environment for my kids. It provided a safe place where they got to hone their socialization skills while I tried to tone my post baby body. I understand that not all kids cope well in this type of environment and not everyone is in a position to afford a gym membership. If you are more an outdoor type of person, even a chance to tag team on babysitting duties with your partner to go for walk, run, ride or swim is time well spent.

So instead of feeling guilty about leaving your kids to have some ‘me time’ consider that you are doing them a favour, as it will give them a happier, healthier and more patient Mum for the other 165 hours a week.

What are your thoughts? Let me know.